David’s boots broke the top branches just enough to stop momentum; parachute deflated, he dropped the final thirty-five feet in a dead fall.  Heels slammed him butt-to-back and shot the blunt impact up his spine to a classic burst fracture that blew up his lower-center vertebrae. My strong and resilient Ranger-qualified, first lieutenant, newlywed son was critically injured.  The very one who was, only an eye-blink ago, the imp  strategically between pregnant me and our stucco-walled Ft. Bragg quarters holding a gushing garden hose with gleaming eyes, drenching my cumbersome body and giggling all the way to time-out.  Who at age five looked at me with consternation when I told him he didn’t have the authority to do whatever he wanted.  The one who, as an eighth grade boy, hid his Boy Scout pocket knives in key locations to “protect” our family while his Dad was in Iraq.  Who tutored football buddies so they could make good enough grades to keep on playing and stay in high school.

That Friday afternoon, I spent sweet time with a friend, who has been prayerfully waging her own raging battle against cancer.  Typical to her other-centered self, she asked how she could be praying for me.

“Well,” I said, “David is in a training course at Ft. Benning and he’s jumping this afternoon – parachuting from a helicopter – not sure quite when,” and spontaneously, I lifted my hands into the air, and prayed, ‘Father, please protect David, keep him safe and guide him while he jumps today.’ ”

We finished our visit, and I scooted away to pick up a few things for a quiet dinner with my husband, super excited to reach the end of a long week.  Entering the grocery store, my cell phone lit up with my daughter-in-law’s name; with heart-leaping delight, I answered, excited to catch up with her.

She quietly and calmly answered, “David had an accident, and they think he broke his back.  I don’t have much information beyond that, but he did call me from the hospital, so I’ve heard his voice.  He said he can move his fingers and toes.”

Pulse instantly racing, pacing feet, we circled the conversation she had with him several times, and then we prayed outside the entrance to Publix.  Immediately calling Craig, he left work, met me at home as I threw extremely random clothes together, and we left within an hour. Flashes of a lifetime played through my mother-mind as we drove to Ft. Benning on the heels of Rosie’s call. Every minute of that five hour drive was emotionally excruciating.  Shocked and shaken, Craig and I talked, prayed, cried, wondered, worried, and prayed more.  David must have called three or four times as we drove, growing increasingly foggier from medications that were barely keeping his pain at bay.

The final call, with us only twenty minutes from the medical center in Columbus, Georgia, he simply said, “Mom, when will you and Dad be here?”

On car-speaker, gulping down tears, we assured him, “Soon, Son.”

Once we arrived, laid eyes on him and gingerly kissed his head, he pretty-close-to-constantly asked when Rosie would arrive.  Rosie, her Mom and closest friend were fast behind, traveling a longer distance than we had.  As soon as she arrived, he noticeably relaxed, all “as well” as possible in his world. With his neurosurgeon already booked for two brain surgeries the next day, David’s back surgery was delayed thirty-six horrendous hours until Sunday morning.  So we waited, prayed, and watched a marathon showing of Rocky movies ALL day Saturday – an odd contrast of Sylvester Stallone power piped into my suddenly-powerless son’s Neuro-ICU room.

Trauma kicks bodies into adrenaline induced shock, a buffer of other-existence hovering over David’s room and our hearts.  Calls from family and friends, caring nurses, and visits from David’s unit instructors and leaders all kept us encouraged. And yet, Sunday morning surgery came not a moment too soon.

It was the doctor’s visibly shaken face that shook my heart most when he came into the waiting room and sat down after surgery. He took his hands, jutted fist to fist, and said, “This is what a spine should look like.”

Then he took his hands and twisted his fists apart, saying, “By a shift of an inch, this is how David’s back was shattered apart.  We pieced him back together.  He was holding together by skin and tissue. I don’t know how he wasn’t paralyzed.”  Experienced, refined, professional neurosurgeon that he is, he didn’t know how my son wasn’t paralyzed.

He then described to us that David should be able to run in six months and even possibly jump again in a year.

The doctor sort of lost me at “paralyzed.”  After we thanked him with tear-brimmed eyes, and he excused himself, I also slipped away.

Finding a hospital wall, my own strong back buckled against it, and tears rolled as I thanked God for the merciful shield He was as David hit the ground, for the military personnel who knew how to load and carry him from the ground, to a military MEDEVAC helicopter, into the hospital, through myriad tests, and for God’s miraculous hands that held and protected my son through those perilously immobile hours before surgery.

Early after his accident, David said, “God works in mysterious ways, and He protected me.”  God truly works in mysterious ways. And for ways beyond what my human heart can fathom, God allows the incomprehensible to play out in our life stories.  Life branches are shaken.  Sometimes they break, some sorrowfully irreparable, others mercifully grafted back together.

There is something still for my son to be, to say, to do for God.  Something for his beautiful bride alongside him.  Some life to live, some stories to tell, some sharing of how real God is.

God’s mystery plays out when His Spirit calls our spirits to pray.

God’s mercy holds us when our spirits are too faint to cry out.

Most often, finding answers to God’s mystery and mercy is like holding stars.  They are too far away and beyond our scope to grasp.

“Oh, the depth of the riches and wisdom and knowledge of God!  How unsearchable are his judgments and how inscrutable his ways! ‘For who has known the mind of the Lord, or who has been his counselor? Or who has given a gift to him that he might be repaid?’ For from him and through him and to him are all things.  To him be glory forever. Amen” (Romans 11:33-36, ESV).

Since that blazing August afternoon, every morning when I walk, my wondering gaze goes to the tops of surrounding Southern trees.  Long before my son’s boots broke branches, what was imprinted on my heart, prayed and planned into this place, are the God-branches of my family’s life – personally poignant, grown in so many scenarios onto the pages of our story.  What a shaking blow for this broken branch to be grafted into our lives, and yet, how beautiful for the telling of God’s inscrutably mysterious, merciful ways! 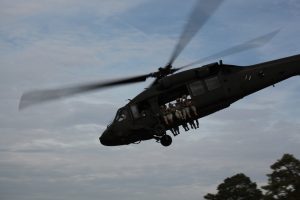 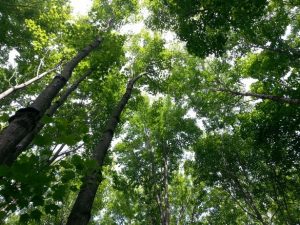 1 thought on “Boots in Branches”